You may need: Zaatar 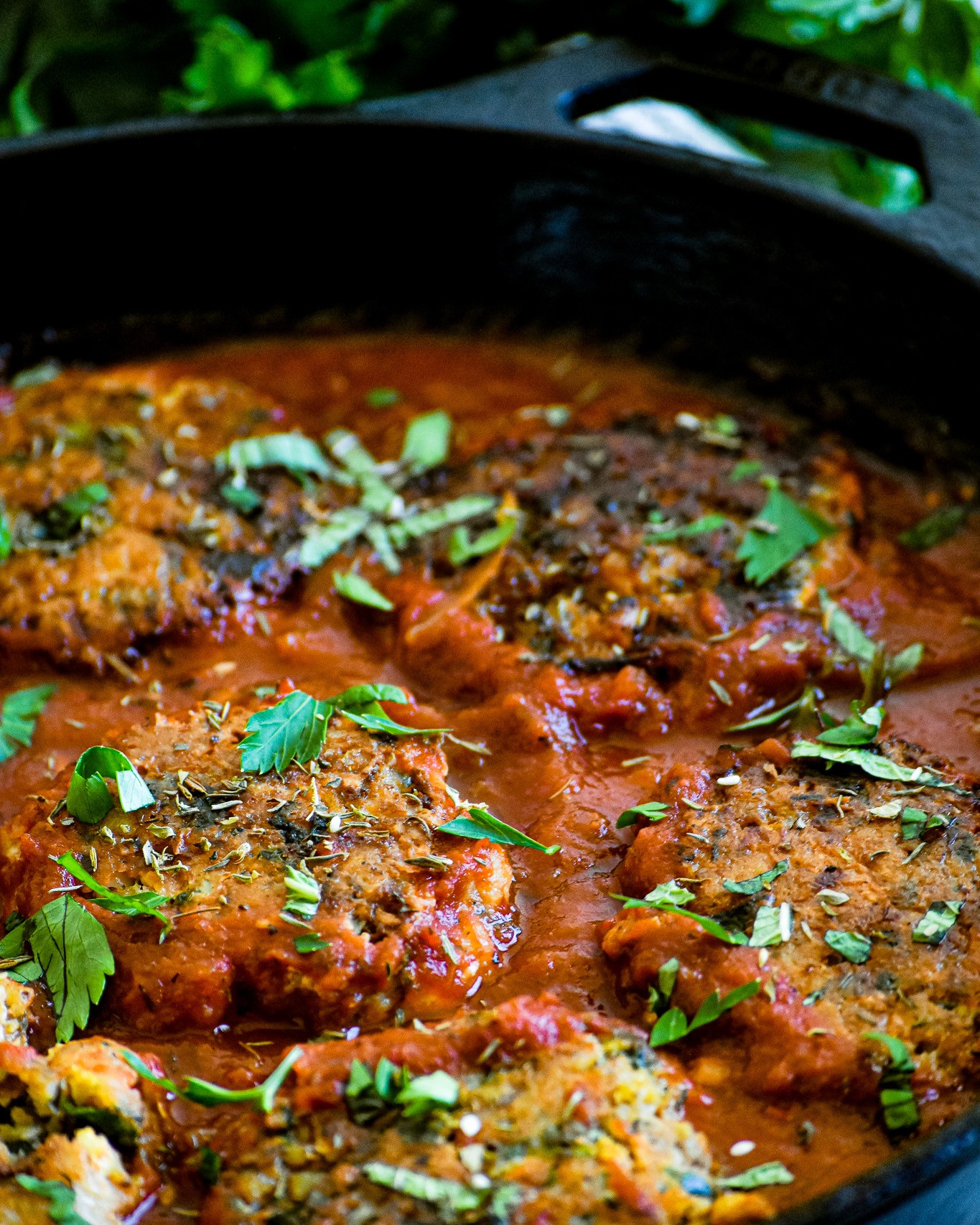 Middle Eastern cuisine has produced many globally renowned classics such as hummus, falafel, tabbouleh, and pita bread. Inspired by Arabic, Israeli, North African and Mediterranean culture and remixed by centuries of war and trading, Middle Eastern cooking is well known for its simple, fresh, and savory ingredients, olive oils and pungent spices. One of the most popular spice blends is Za'atar which is made from a blend of herbs that embody the essence of Middle Eastern cooking. Our proprietary Za’atar blend hews close to tradition, striking a balance with thyme, sumac, oregano, marjoram and sesame seed. The Sumac berry is the tart magic that ties together this blend, making you want to sprinkle it  on everything.

Our chefs developed this sublime recipe for Za’atar Spiced Fish Cakes in Tomato Sauce that features moist fish cakes simmered in a rich and vibrant tomato sauce. Humble Cod filets are transformed into something spectacular when seasoned with the earthy, tangy and nutty flavors of Za’atar. Fresh herbs like mint and parsley also add a refreshing touch that brightens up the dish. Each fish cake is beautifully seared then nestled in a hearty tomato sauce and simmered until fully cooked. The mild and delicate flavor of the cod makes it a perfect choice for this recipe, however you can use any other white fish of your choice. For a plant-based version, substitute the fish with your favorite “fishless” ingredients or roasted veggies.

Za’atar is a Middle Eastern herb blend that adds a bright and nutty undertone to this recipe. It livens up simple fish cakes and adds an appetizing savoriness to the rich tomato sauce.

This recipe is also perfect for meal prepping since it holds up well when reheated and the tomato sauce develops more flavor. Be sure to consume them within 3 days of cooking.

Begin making fish cakes by adding chopped fish, garlic, Piquant Post Za’atar, salt, black pepper, parsley, mint and breadcrumbs to a food processor and pulse until combined and the fish has broken down into flakes (don’t overprocess into paste). With a spatula, scrape sides of the food processor, add the whisked egg then pulse the mixture an additional 3-5 times to mix.

Next, use a ¼ cup measuring cup to measure each individual fish cake then form into small patties with your hands. Repeat until fish cake mixture is finished and you have about 8-10 patties. Set the fish cakes aside in the refrigerator to firm up while you prepare the tomato sauce.

In a separate non-stick frying pan or skillet, heat 2 Tbsp of oil over Medium heat to fry the fish cakes. Gently place the fish cakes in a single layer in the frying pan and cook for 5 minutes on each side until nicely browned. When all of the fish cakes are finished cooking, carefully place them in the tomato sauce. Cover and let simmer over Low heat for an additional 10 minutes. Turn off the heat and garnish with chopped mint and chopped parsley.