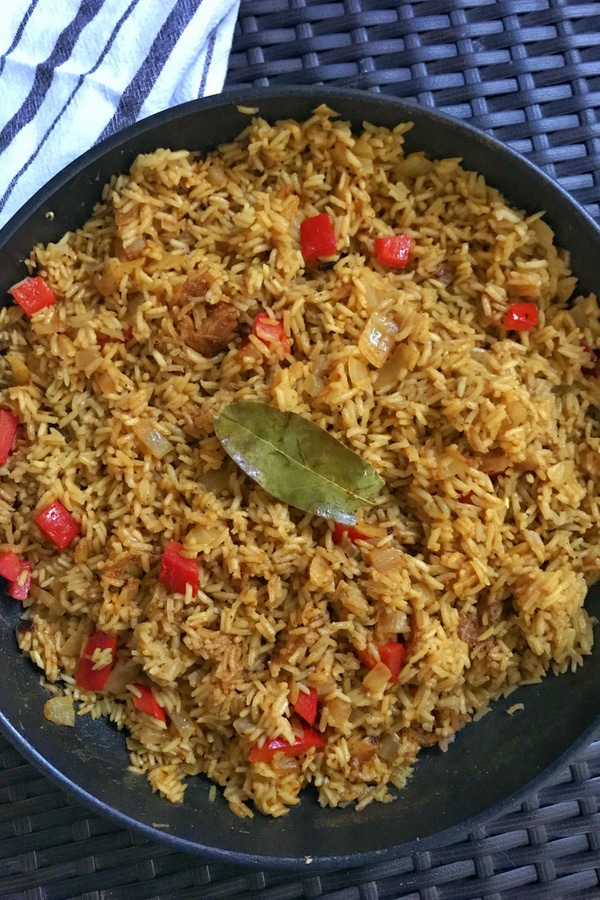 Zanzibar is an island in the Indian Ocean off the coast of Tanzania. Located in the heart of historical ocean trade routes between Africa, the Middle East and Europe, modern Zanzibar reflects the cultural influences of its Swahili, Arab Muslim, and European predecessors. Known locally as the 'Spice Islands', the spice crops of nutmeg, cloves, black pepper, and cinnamon still comprise a large part of the Zanzibari economy.

Zanzibar Pilau is a common rice pilaf dish eaten throughout East Africa tracing its roots to the Middle East. In fact, both the words Pilau and Pilaf are related to the original Persian word for a rice dish Polow. Pilau is meant to be hearty, and often contains a variety of nuts, dried fruits, vegetables, spices, and even meats. This recipe is spiced as you would find in Zanzibar: warming spices of clove, nutmeg, and cinnamon; savory spices of star anise, cardamom, cumin and coriander; and ginger and turmeric for depth and color, respectively. Try this spice in soups and stews. Or, add meat for a one-pot meal.

Keep an eye on the temperature of the pan. You want a low simmer to cook the rice but don't burn the bottom layer. Also, if you like a little crunch, don't stir the rice after the first 5 mins. The bottom layer of rice will develop a nice crunchy texture.

Prep and chop all vegetables (onion, red pepper, cashews, garlic and ginger) and set aside. Heat a large skillet on Med-High. Add oil to pan.

Once pan is hot, add the onion and red pepper and sauté for 5 mins, stirring occasionally. Add the cashews, ginger, garlic, bay leaf and Pilaf Spice. Stir to mix. Sauté for 2 mins.

Add the rice and stir the mixture. Dry fry for 1 min. Add the broth and coconut milk, stirring to mix, and bring to a low boil.

Reduce heat to Low and simmer for 15-20 mins or until the rice is cooked and liquid is absorbed. Serve as a side dish or top with cooked meats for a delicious meal.