You may need: Fijian Masala 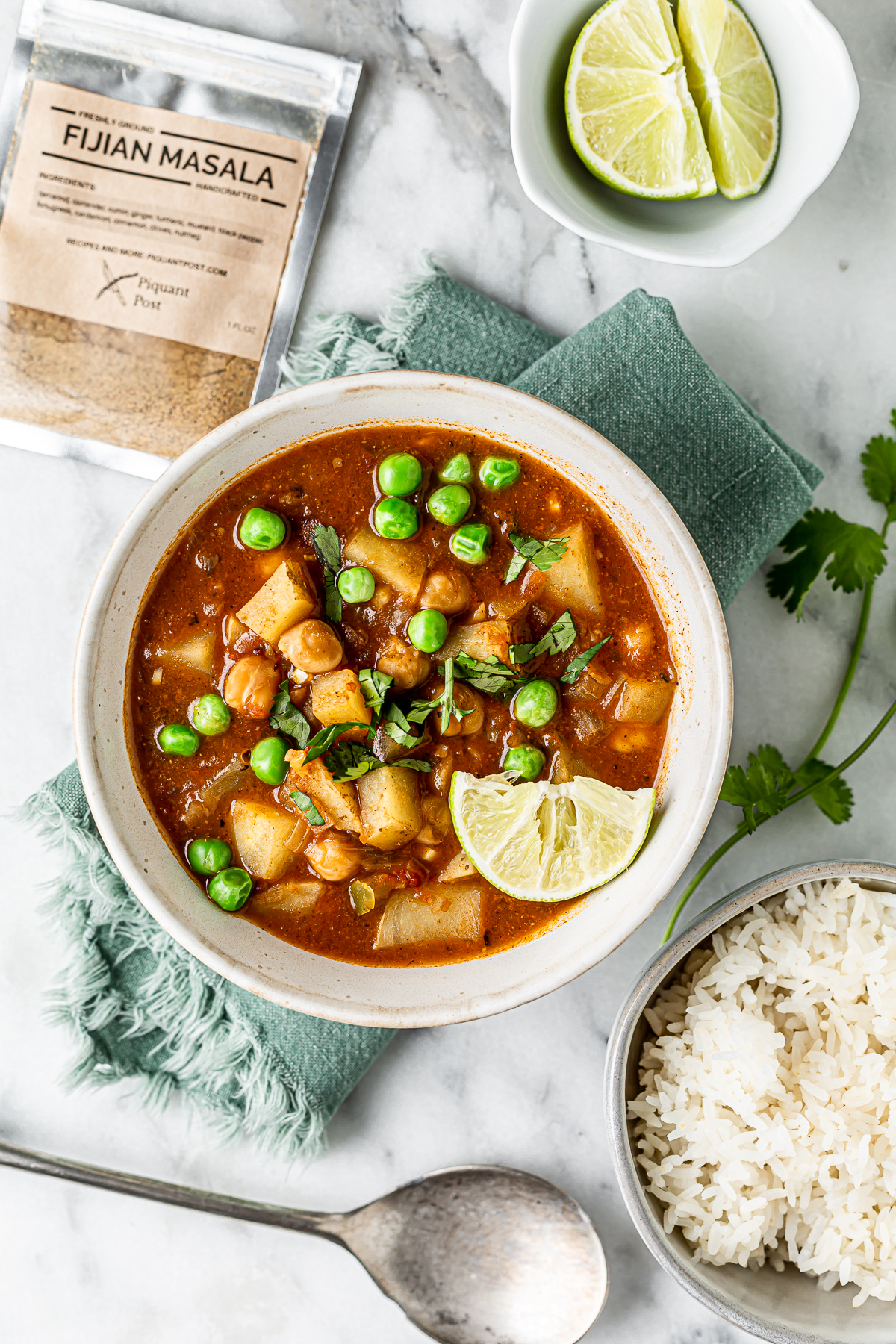 Fijian cuisine is best known for its flavorful seafood and vegetable based dishes. Fiji is a diverse, multicultural country whose cuisine is heavily influenced by the various ethnic groups that have settled there, namely Indian and Chinese immigrants. Ingredients like coconut and tubers (yam, cassava, potatoes) are staples in their diet and have been grown by natives for centuries. The archipelago spans hundreds of small islands and most citizens live by the sea, and so seafood is the main protein source. Fishing for fresh seafood is a favorite pastime for many locals. Although meat like chicken and lamb are consumed, seafood is king and beef is mostly consumed during special occasions such as weddings and birthdays.

To celebrate the rich Fijian cultural tapestry, we developed a unique spice blend that pays homage to the Indian descendants in Fiji and their influence on local cuisine. Our Fijian Masala blend is pleasantly fragrant and contains pleasantly sour tamarind as the primary note balanced by classic curry spices coriander, cumin, ginger, turmeric, mustard, black pepper, fenugreek, cardamom, cinnamon, cloves and nutmeg. The sour notes imbued by the tamarind are delicious in curries and balanced by sweet notes from coconut milk..

Our recipe comes together quickly and packs a ton of flavor. Tender potatoes, garbanzo beans, peas and tomatoes are simmered in an aromatic coconut milk broth. Our Fijian Masala spice blend permeates the coconut milk broth with warming spices that immediately transport you to the islands of Fiji. Serve the curry with cooked rice, chopped cilantro and lime wedges.

Put the cubed potatoes in a pot, fill with just enough water to cover the potatoes, and boil until soft (about 20 minutes). Drain and set aside.

When the potatoes are almost finished, heat oil in a skillet over Medium heat. Stir in onion and garlic, and cook until the onions are soft and translucent. Stir in Piquant Post Fijian Masala, ginger and salt. Cook for 1 or 2 minutes, stirring.

Mix in the drained potatoes, garbanzos, and peas, then stir in the tomatoes and coconut milk. Simmer for 5-10 minutes. Adjust salt and pepper to taste.