You may need: Portuguese Allspice 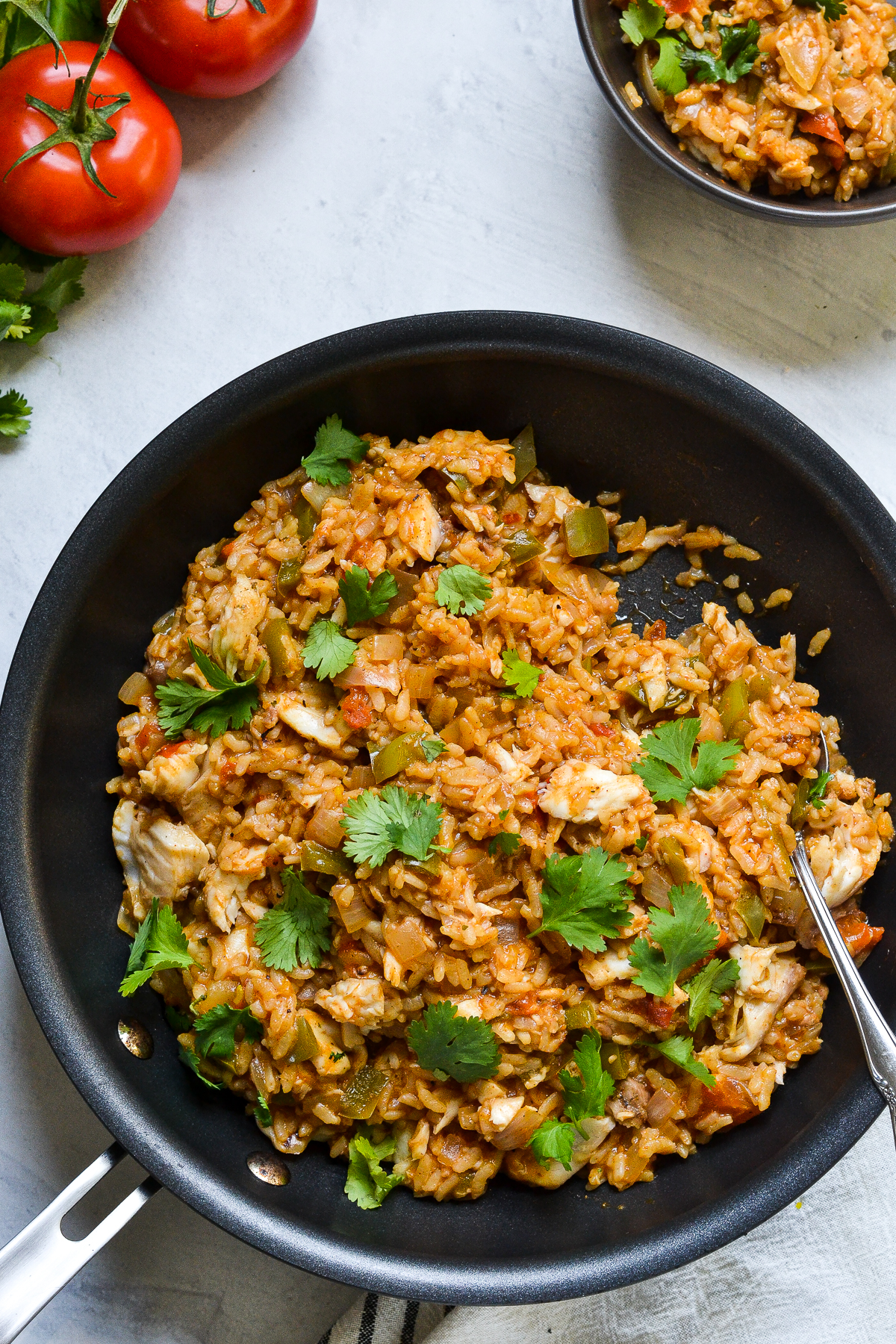 Across Portugal, rice is a culinary tradition. Served as a side dish, mixed into stews, or prepared as a creamy risotto-style main dish, rice is often the star of the table. This recipe for Arroz de Tamboril, known as Portuguese Monkfish Rice, showcases a typical meal found in seafood restaurants in coastal towns throughout Portugal. It is often served in a clay pot, and recipes vary to include adding more or less broth to create either a soup or a more firm flavored rice dish, providing home chefs the opportunity to decide how to prepare your rice. In addition, other seafood such as shrimp are sometimes added to compliment the Monkfish.

Monkfish is an Atlantic white fish with a slightly firm texture and delightful taste. Sometimes called Peasant’s lobster because of the rich and succulent flavor, our recipe calls for more common flaky white fish varieties you can find at supermarkets. But if lobster are plentiful and on sale where you live, try preparing the dish without fish and stirring in cooked lobster meat. The arborio rice is cooked in a flavorful broth, seasoned with our savory blend of exotic spices we call Portuguese Allspice. It’s the perfect upgrade for any recipe calling for plain paprika, and this blend has intoxicating notes from cinnamon, cloves and allspice, grassy-lemon from oregano, and subtle pops of citrus and ginger. Aromatic spices, perfectly cooked fish, and tender, fluffy rice make this a satisfying meal the whole family will enjoy.

This dish is typically made with Carolino rice, a medium grain. We substituted arborio rice and added enough liquid so that the rice was fluffy. If you don’t have Carolino, substitute with arborio or roma rice.

Add 4 cups of water and bring to a boil. Reduce heat to low, cover and simmer for 30 minutes. Stir after 15 minutes.

Add 1 cup of water and add the fish pieces. Simmer for 7 minutes, until fish is cooked through.

Turn off the heat, and season with salt and pepper to taste. Serve with fresh cilantro and lemon slices.