You may need: Azorean Acafroa 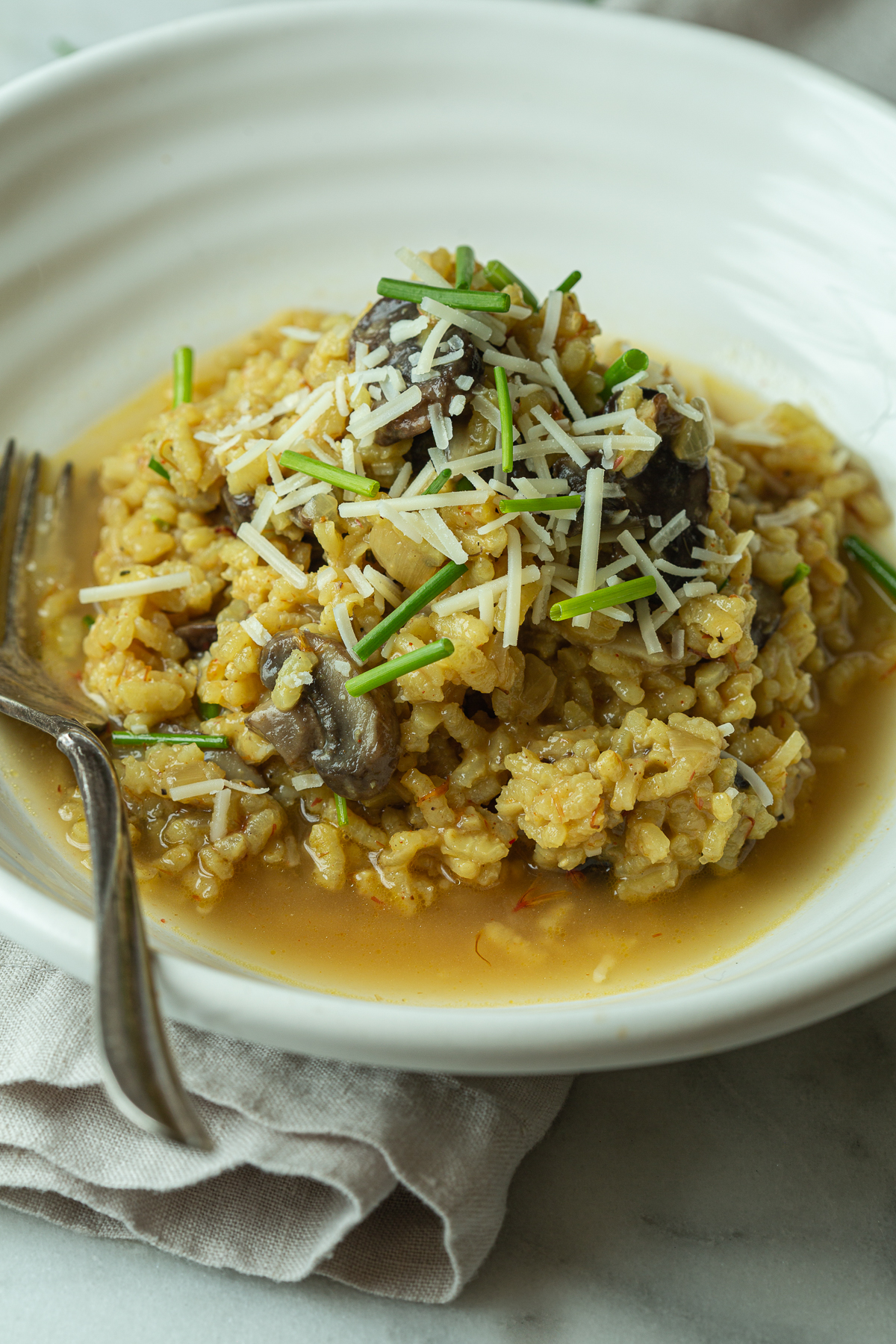 Risotto is a velvety smooth, popular rice dish that originated in Italy, but has since made its way into the kitchens and hearts of others across the globe. In Portugal, rice is a tradition and makes its way into mains and side dishes at nearly every meal. Other than its appearance, there are two most notable elements of this dish that make it exceptional. A glutinous rice called “Arborio Rice” is the standard choice of any Risotto recipe (some substitutions may apply; you can buy arborio rice in many higher end markets or online). The cooking technique also differs in the sense that Risotto is prepared by slowly adding and stirring small amounts of hot liquid to the rice. This causes a steady release of its starches, resulting in a smooth sauce and al dente texture.

Although Risotto is not typically a hands-off dish, we’ve developed a recipe for Azorean Mushroom Risotto that gives you the same unique results in less time. Our vegan recipe features meaty mushroom morsels and Azorean Açafroa - our proprietary blend that highlights an ancient spice called Safflower. This ingredient lends a red hue with a subtle taste and chocolate-like aroma to any dish. We begin by toasting the rice and mushrooms with garlic and our Azorean Açafroa blend until fragrant. A key ingredient - white wine - is then added and simmered until reduced for a more pronounced flavor. We then poured in some vegetable stock and allowed the rice to simmer before finishing with vegan milk and parmesan cheese. Finally, complete the dish with garnishes like tart capers, snipped chives and more vegan parmesan.

The result is a warm-hued rice dish, permeating with earthy, black pepper, and lemon notes.

We used arborio rice in this recipe, which is perfect for risotto. If you can’t get a hold of arborio, substitute another medium grain white rice, like Calrose.

Mushroom stock is great in this recipe if you can find it, but otherwise use regular veg stock or even water.

Heat the vegan butter in a medium saucepan. Add the onion and sauté for about 2-3 minutes over low heat.

Add the garlic, mushrooms, Azorean Açafroa, and wild mushrooms and rice. Sauté for 3 minutes, and then add the white wine. Simmer for 3-5 minutes or until the wine is reduced.

Add the vegetable stock and bring to a simmer. Cook over low heat until the stock is absorbed and the rice is tender, about 20 minutes. Stir in the vegan milk and parmesan and simmer for a few more minutes until the desired thickness is achieved. Adjust the seasoning to taste with salt and pepper.

Stir in the capers. Serve topped with chopped chives and more vegan parmesan.