You may need: Thai Kaffir Lime 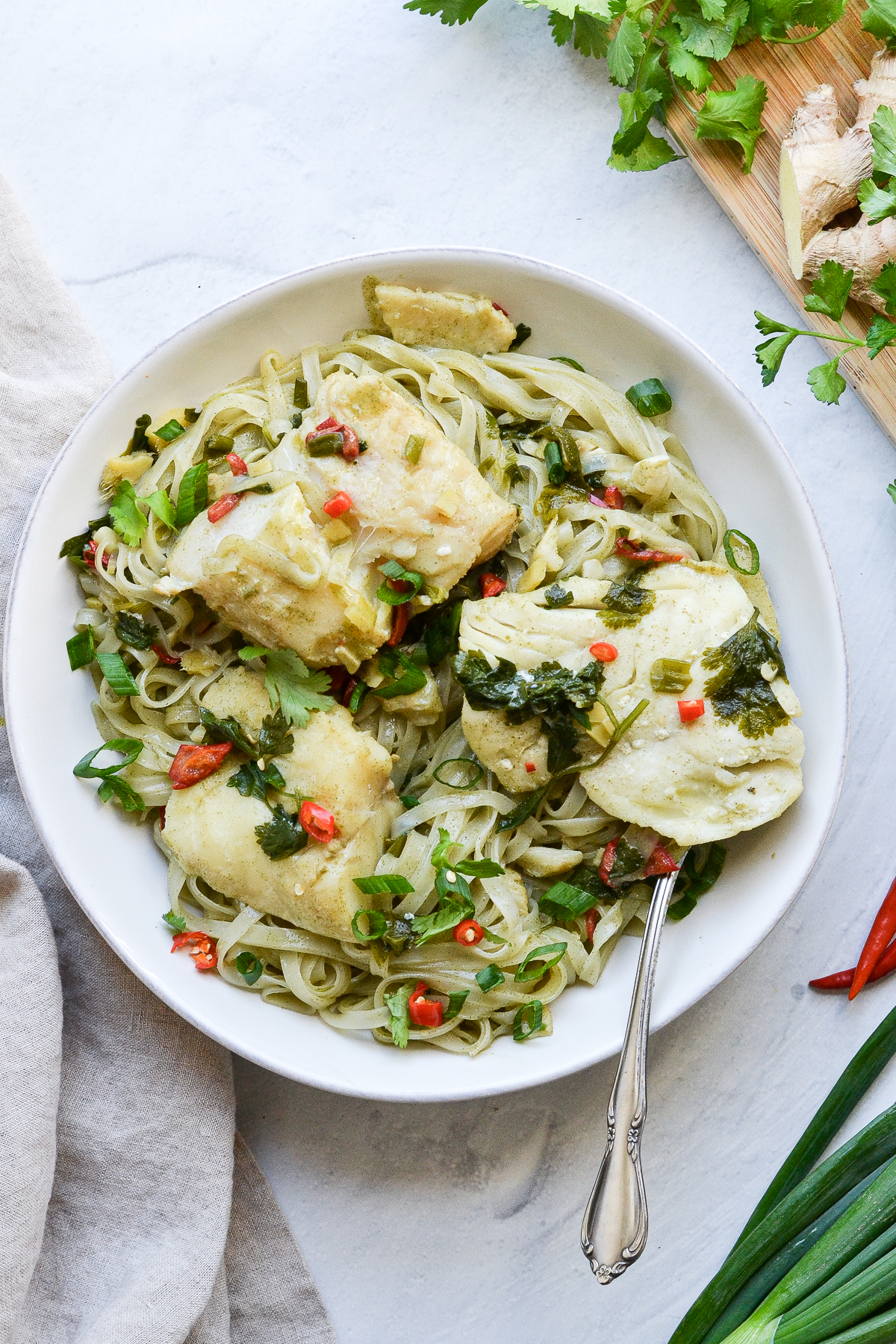 Kaffir Lime is a variety of lime that is used extensively in Southeast Asia. The lime fruit themselves are more bitter than western limes and are often used as a natural cleaning product. However, the kaffir lime leaf is used in myriad dishes to impart a wonderful citrus aroma and flavor, much as western dishes use the bay leaf to season savory soups and stews. This recipe for Kaffir Lime Poached Cod provides exotic Thai flavor in a quick and easy format. Mild, flaky pieces of cod are served with a bright, creamy sauce atop tender Pad Thai noodles. Create a classic standout dish inspired by Thai flavor that is as healthy as it is delicious.

Pad Thai is considered one of Thailand's national dishes, although culinary historians debate its origin, some postulate that Pad Thai was invented in the mid-20th century using Chinese noodles and named pad Thai as a way to galvanize nationalism when Thailand was focused on nation-building.

Kaffir lime leaf is an ingredient that can be used in myriad ways, from sprinkling on yogurt or sweet desserts to adding to soups, curries, roasted meats, and fish. Try a dash in your favorite dish for a pop of delightful Thai flavor.

For extra spiciness, add additional chili peppers, or keep the seeds in the dish.

If you have fresh pad thai noodles, add them directly to coconut sauce and serve.

The noodles will absorb the coconut sauce. If you prefer to keep more liquid and have a curry consistency, serve the cooked noodles in a bowl, and spoon the sauce and cod over the plated noodles.

Optional ingredients add a little character, but don’t sweat it if you don’t have them

Once boiling, lay cod flat in the pot taking care to not stack the cod filets. Bring back to a simmer, reduce  the heat to Med and partially cover the pan/pot. Poach for 10-12 minutes.

Meanwhile, cook the pad thai noodles according to package directions.

Once the cod is cooked, remove from the pot and remove from heat. Add cooked pad thai noodles to pan to coat with the sauce and warm the noodles. Serve cod immediately over warm noodles with fresh lime slices, green onions and cilantro