You may need: Hawaiian 7 Spice 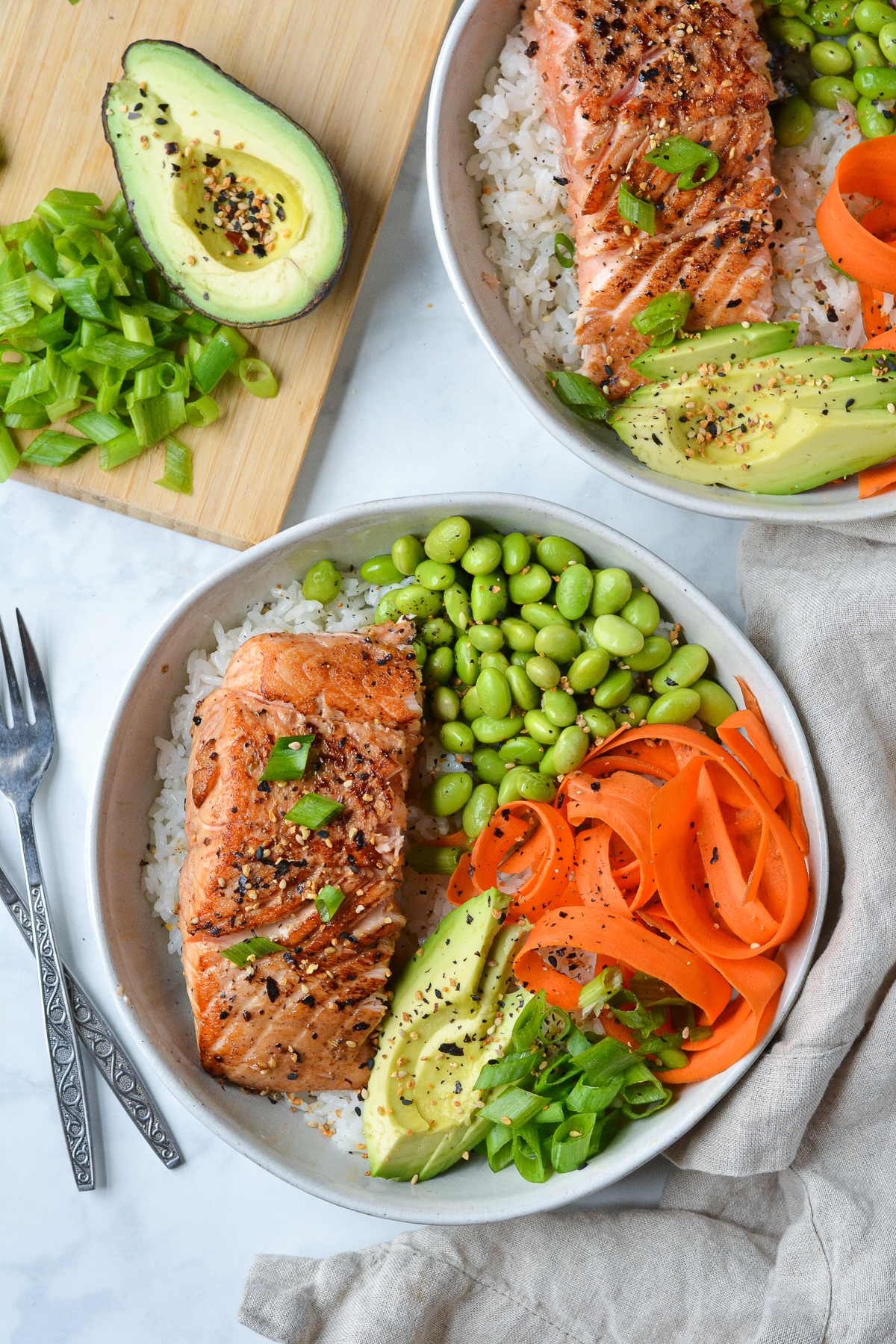 The tradition of poke ('PO-key') in native Hawaiian gastronomy dates back millennia, to when pre-contact Hawaiian fisherman seasoned the offcuts of the day's catch for a quick snack after hours at sea. Centuries later, Hawaii developed into an agricultural hub and the abundance of workers arriving from Japan and China introduced soy, sesame oil and rice to the islands’ cuisine. Naturally, these elements were combined with local ingredients to create the flavors and textures of modern Hawaii cuisine, and through this culinary fusion, the poke bowl was born.

To capture this fusion of flavors and food cultures, our chefs developed a seared salmon poke bowls recipe, topped with our proprietary Hawaiian 7 Spice, a citrusy riff on a savory Japanese spice blend called Furikake. Though poke is traditionally made with fresh caught raw fish, we’ve adapted our version to use seared salmon for safe preparation regardless of your access to sushi grade raw fish. If you prefer the traditional version, sashimi grade raw salmon, tuna, or yellowtail work beautifully in this recipe if you can source them. The salmon is bathed in a marinade of soy, mirin, sesame oil and Hawaiian 7 Spice, seared to perfection, and piled over mounds of seasoned rice. It’s topped with an abundance of crunchy vegetables for a spectacular textural contrast then tied together with a generous pinch of the Hawaiian 7 spice for an extra hit of flavor. This poke bowl is so healthy, so flavorful and represents everything we love about Hawaiian cuisine.

To achieve an evenly cooked salmon, remove the filets from the fridge 15-20 minutes before cooking.

Always start searing with the skin side down. The skin is tough and durable, thus it helps prevent overcooking. Plus, you will get that delicious crispy skin!

If you prefer a traditional poke bowl with raw fish, be sure to buy sushi grade fish at your store.

In a large mixing bowl, mix cooked rice with rice vinegar and mirin. In a small bowl, make the marinade: whisk together soy sauce, sesame oil, mirin and Hawaiian 7 Spice. Pour over salmon filets and marinate for at least 10 minutes.

Next, prepare and gather all the other toppings: edamame, shredded carrots, avocado, & green onions.

In a nonstick skillet, heat oil over Med-High heat. Once hot, place salmon on the pan, skin side down. Sear for 3 minutes, flip and cook for 2-3 more minutes, until cooked through or to your liking.