You may need: Zanzibar Zest 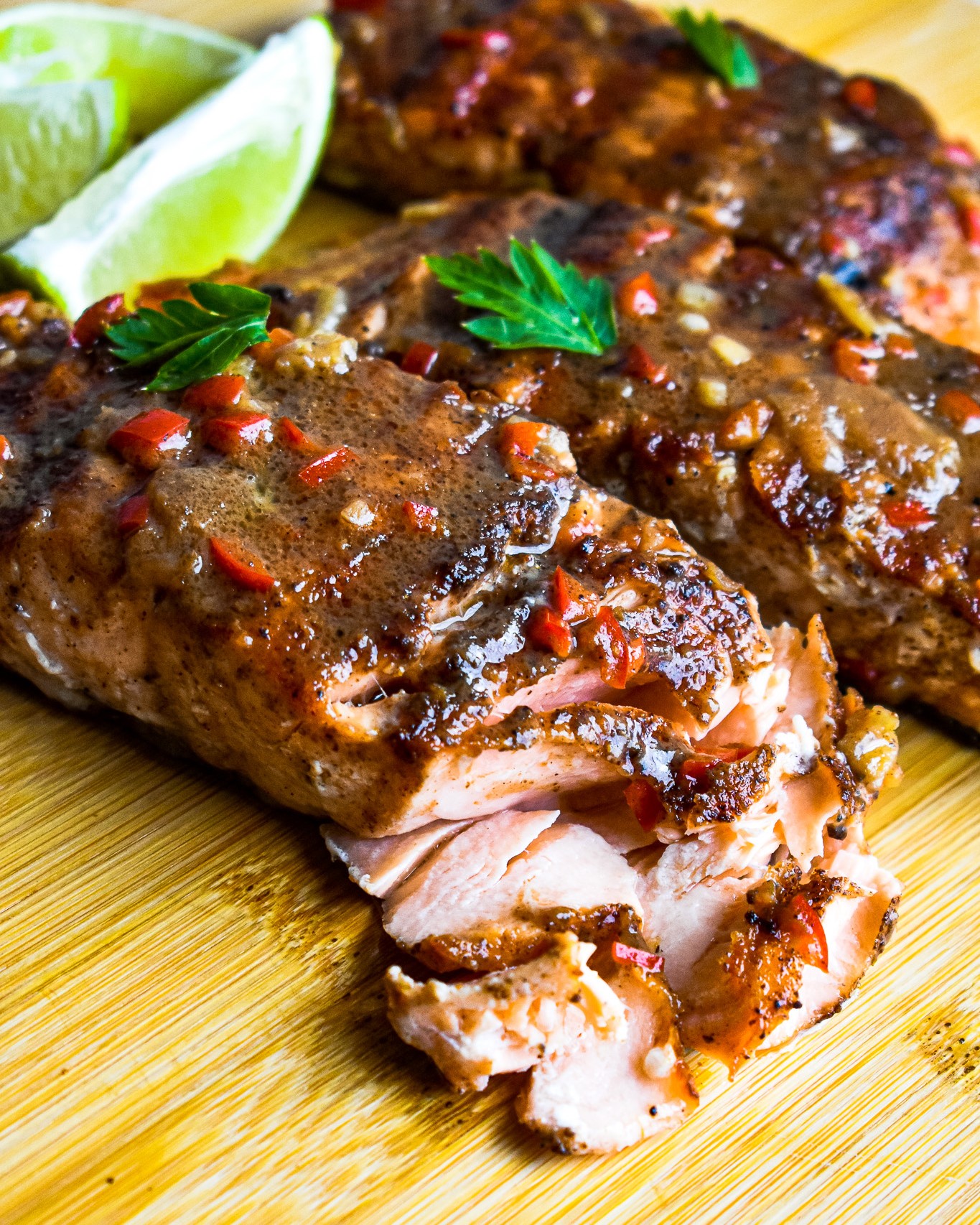 Swahili cuisine can be described as enticing and comforting with a perfect balance of fresh ingredients and warming spices. Our recipe for Swahili Grilled Fish with Coconut-Tamarind Sauce is just that. “Samaki wa Kupaka” as it’s affectionately called is a popular and bold-flavored Kenyan delight that consists of marinated grilled fish, topped with a spicy and slightly tangy coconut sauce. Although Swahili often refers to the language of East Africa, it also references their culture and food. With Arab, Portuguese and Indian influences, Swahili cuisine is diverse and typically highlights the vibrant spices, fresh chilis and aromatics that were traded for centuries.

Traditionally, “Samaki wa Kupaka” is made using whole fish that is grilled over hot charcoal. Our recipe uses Salmon and features our exotic Zanzibar Zest spice blend, inspired by aromatic spices such as cinnamon, cloves, ginger and cardamom. Our Chefs use this proprietary blend in the marinade along with fresh ginger, lime juice and bird’s eye chili – a thin, red hot pepper with fruity undertones that is common in East African cuisine. The spice blend also plays an integral part in the savory coconut-tamarind sauce used to baste the fish during the final cooking stage and adds a pleasant smoky touch. Try this Swahili Grilled Fish with Coconut-Tamarind sauce along with our Plantains in Coconut Milk recipe for an impressive taste of East Africa.

Bird’s eye chilis add a fruity and spicy kick to any dish. In this recipe it pairs well with the tart tamarind while the coconut milk helps to make the heat manageable. Make sure that you are using full fat coconut milk since this will render a creamier sauce.

Take care not to overcook the fish as it will become dry and rubbery. The fish is finished cooking when the meat is opaque and the juices run clear. You will also notice that the skin of the fish pulls away from the meat easily.

Spoon as much sauce as you desire over the fish during cooking. Save any remaining sauce as a dipping sauce.

Begin with the fish marinade by adding the oil, lime juice, garlic, ginger, bird’s eye chili, Piquant Post Zanzibar Zest and salt to a blender and process into a paste. Lay the fish filets onto a large plate, cover with the marinade and massage well. Cover the seasoned filets with aluminum foil or cling wrap and place in the refrigerator to marinate for 20 minutes.

Prepare the coconut-tamarind sauce by heating the oil in a saucepan over Medium heat. Add the garlic, bird’s eye chili and Piquant Post Zanzibar Zest and sauté for one minute until fragrant. Reduce the heat to Med-Low and slowly pour in the coconut milk and tamarind concentrate then stir to combine. Allow the sauce to simmer over Med-Low heat for 15 minutes stirring occasionally so that it does not burn. Turn off the heat, season with salt and set aside.

Remove the fish from the refrigerator and allow it to come to room temperature while you preheat the grill, alternatively you can use a broiler. Grease the grill grates with a bit of oil and grill the fish filets skin side up for 7 minutes then gently flip and grill for an additional 5 minutes. If broiling, arrange the oven rack 4 inches away from the heat source, place the fish on a baking tray skin side down and broil for 8 minutes.

After the initial cooking time is up, spoon or brush some of the coconut-tamarind sauce onto the fish (not the skin) and grill for an additional 3 minutes or broil for an additional 5-6 minutes. Remove the fish, garnish with lime slices and serve with cooked white rice or coconut rice.