You may need: Tahitian Coco-Vanille 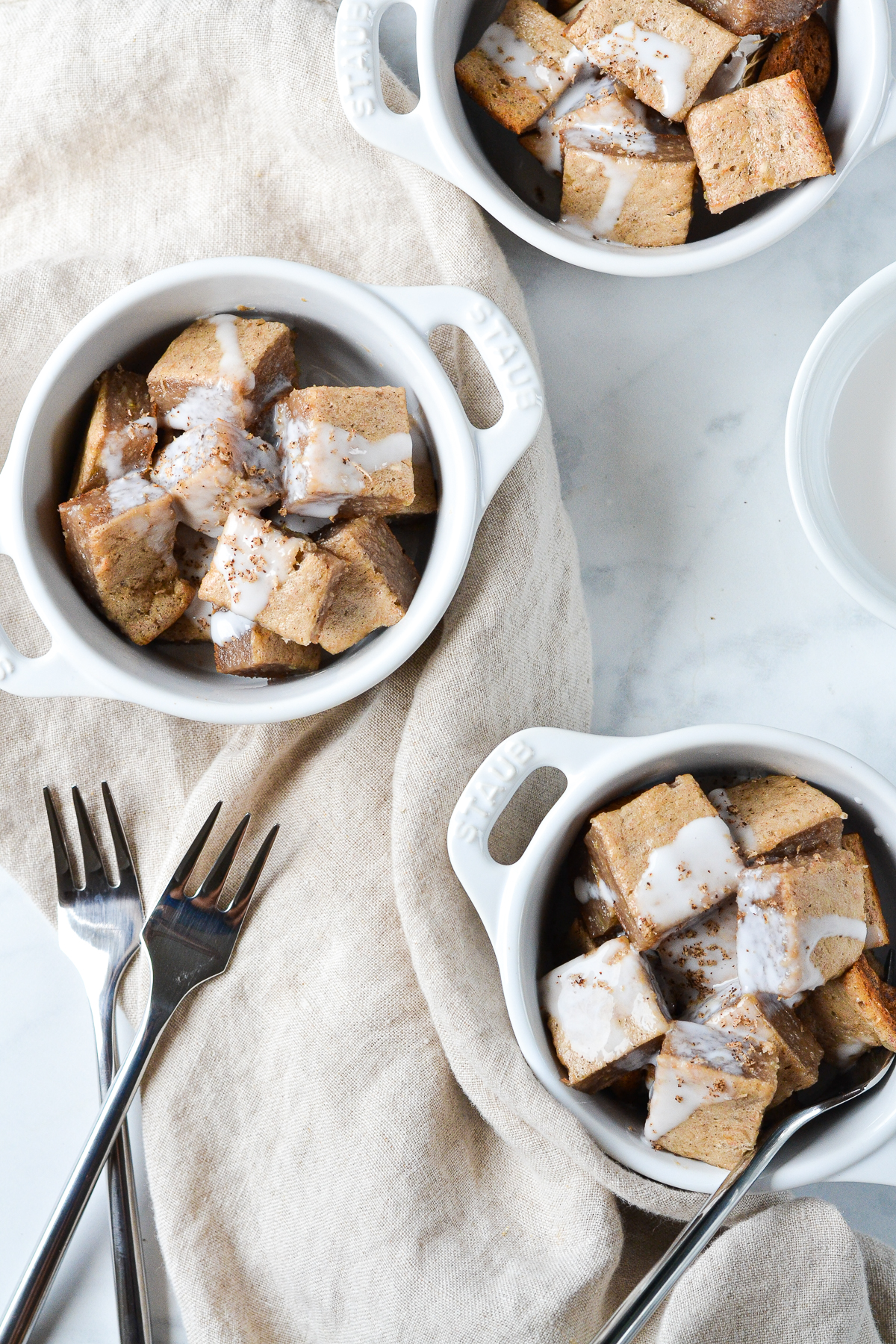 Diversify your dessert rotation with this classic Tahitian banana po’e, and experience one of the most beloved desserts of Polynesia at home. More than just fairytale topography, luxury resorts and platters of shellfish, Tahiti is a sleeping giant of the culinary world. Awash with fertile soil and bathed in sunlight, Tahiti produces some of the best fruit on earth and the Tahitian tradition of preparing banana po’e predates contact with Western explorers. Extra ripe bananas are mashed until smooth, thickened with starch then wrapped in banana leaves and baked in an “imu” or earth oven until it reaches a bread pudding-like consistency. Served chilled in a pool of coconut cream, it’s unlike any dessert we’ve tried and we absolutely love it.

We’ve adapted this recipe for preparation in a standard oven, and use a generous amount of our Piquant Post Tahitian Coco-Vanille to concentrate the classic flavors of the South Pacific in the batter. The simple mixture of shredded coconut, pure ground vanilla bean and cinnamon in the Tahitian Coco-Vanille works wonders in conjunction with bananas and brown sugar, and an extra sprinkling of the spice mix over the finished product is highly encouraged. For best results use the ripest bananas you can find and if you’re feeling adventurous wrap the po’e in banana leaves before baking. You can also use this blend in any dessert recipes calling for liquid vanilla extract. Or add some of the Tahitian Coco-Vanille spice to stews or soups for a unique savory taste.

We recommend using bananas that are ripe and yellow, with a few brown spots.

Try substituting papaya, mango, pineapple or other tropical fruits for some of the bananas. Ripe plantains can also be substituted for the bananas for a less sweet version.

Try wrapping the pudding in buttered banana leaves and baking it for a more original presentation.

Preheat the oven to 350 degrees. Spray an 8x8 baking dish with olive oil (or grease with butter).

Add bananas to a food processor and process until smooth. Pour into a large mixing bowl. Whisk in brown sugar, cornstarch and Piquant Post Tahitian Coco-Vanille.

Bake for 25-30 minutes, until set. Remove from the oven and allow it to cool for 30 minutes. Place in the refrigerator for 2-3 hours, until chilled through.