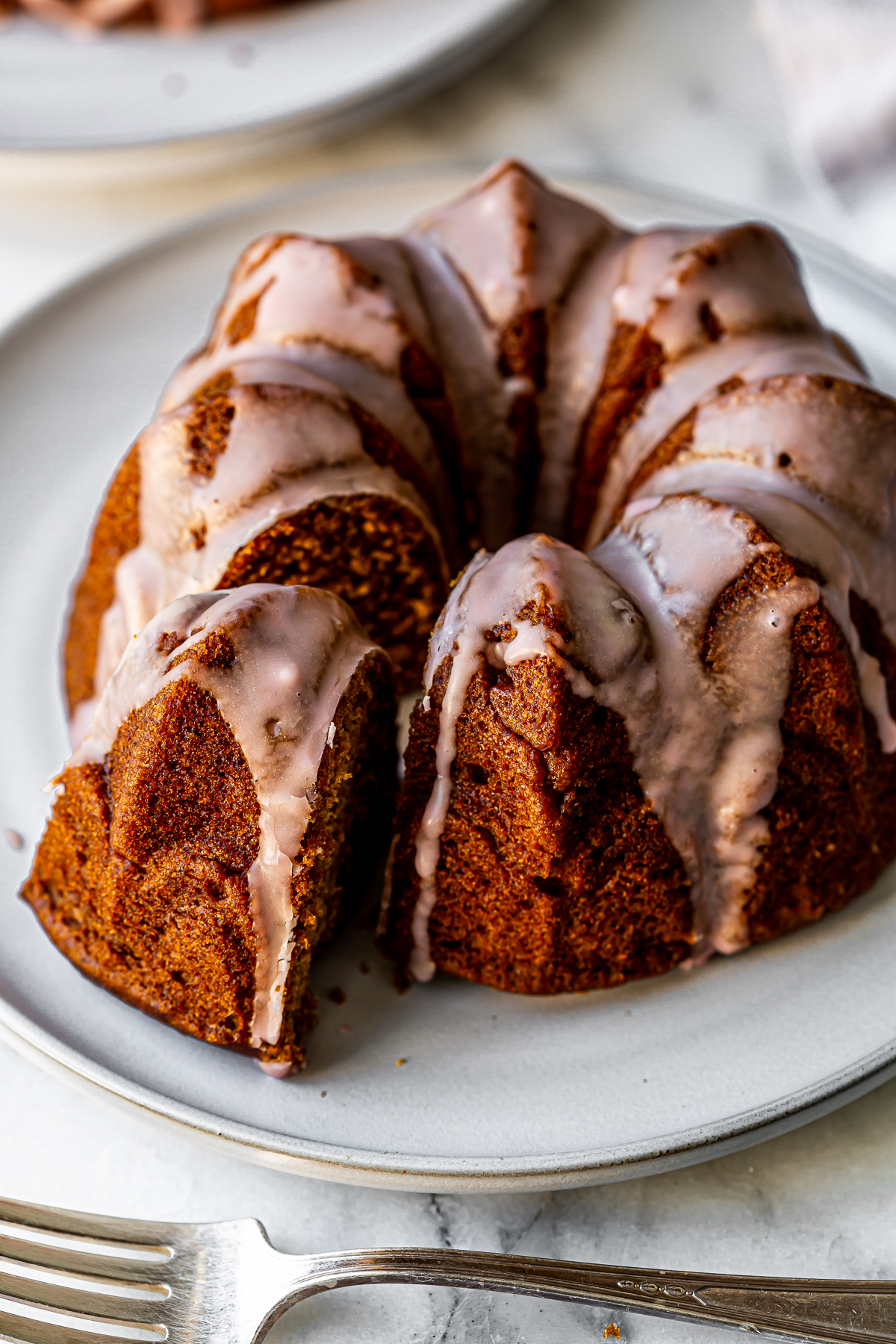 Our Quatre Epices Bundt Cake is as beautiful as it is delicious. Full of fall flavors, including pumpkin and molasses, our version tastes like a grown-up gingerbread. The addition of a classic French spice blend called “Quatre Epices”, elevates a great cake into a sublime treat.

Quatre Épices (literally "Four Spice") is a native French blend traditionally used in soups, stews, ragout, and charcuterie, such as pate and terrines. We add a fifth, warming spice to round out the warm notes.

Bundt cake is traditionally known as Bundkuchen, a name formed by the two words Bund and Kuchen (cake). The word Bund refers to either the way the dough is bundled around the pan or perhaps the form the cake gets from the shape of the pan, which resembles a tied bundle of wheat.  There is not one exclusive recipe for a Bundt cake; it is the pan that makes the difference. With a central "chimney," more of the cake touches the pan, which decreases baking time and provides more even heat distribution.

This recipe is very similar to gingerbread, but with a warmer flavor profile.

For a little more of a citrus profile, grate a little orange zest in the bread and even on top right after you’ve poured on the glaze.

If you don’t have bundt pans, you can pour the entire recipe into one standard loaf pan. Just be sure to alter the cooking time if you are using a different pan. This recipe takes about 45 minutes to cook in a loaf pan.

Preheat the oven to 350 degrees Fahrenheit. Lightly spray 2 small bundt pans with non-stick cooking spray. Set aside. If you don’t have bundt pans, you can use a loaf pan if you’d like!

Heat the water until it's hot to touch, but not boiling. Stir in molasses and whisk until uniform. Stir in the pumpkin purée, olive oil, apple cider vinegar, and vanilla. In a medium mixing bowl, combine the dry ingredients: all-purpose flour, light brown sugar, baking soda, baking powder, and Quatres Épices spice. Slowly stir wet ingredients into dry ingredients. Mix with a wooden spoon until just combined, taking care not to over mix.

Add batter to the greased pans. Bake for 30 minutes, or until a toothpick comes out clean. Remove from the oven and let cool in the pan for 5 minutes before turning out onto a cooling rack.