You may need: Persian Delight 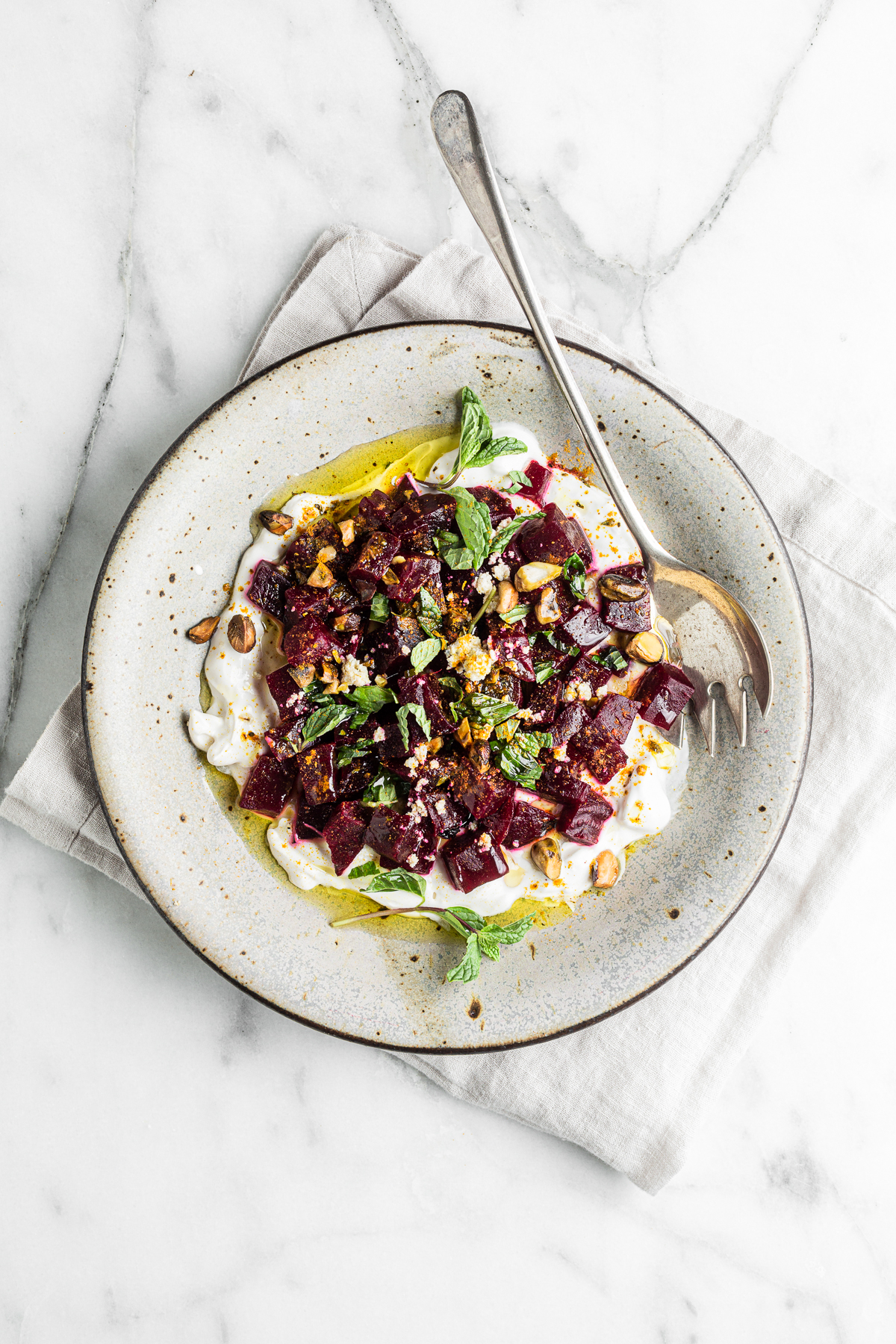 The cuisine of ancient Persia (what Iran was called until 1935) was brimming with lavishly spiced meats, aromatic rices, stewed fruits and stuffed vegetables that perfumed banquet halls and market corners, serving as an olfactory reminder of Persia’s bustling trade history along the silk road. As a result, the spectrum of spices in Persian gastronomy is astounding, ranging from delicate saffron to lemony sumac with a wide range of herbs and spices in between. The flavors of Persia have influenced the cuisines of the Middle East, Northern Africa and beyond, and has been called the “mother cuisine” with the boundaries of its ancient empire stretching from the Balkan peninsula, down to Egypt, across the Middle East and into northwestern India.

To highlight the multitude of flavors in Persian gastronomy, we developed a borani-e-labu, or roasted beet and yogurt salad, that is generously seasoned with our expertly crafted Piquant Post Persian Delight spice blend. The turmeric and cumin in the Persian delight amplify the earthiness of the beets while the spearmint, dill and sumac provide a refreshing contrast that works in perfect harmony with the yogurt. Topped with chopped mint and pistachios, the beauty of this dish lies in its simplicity, and showcases the transformative effect Persian spice blends have on the simplest of ingredients. Feel free to round out the salad with segmented citrus or pomegranate molasses for a tangy-sweet note that works wonderfully with the Persian delight spiced beets. Try our Persian delight in dips, soups and quiches or on anything that needs a savory, flavorful kick.

We chopped our beets into bite sized pieces but they would be lovely cut into slices as well!

Try serving this dish with some of our other classic Persian dishes like Jeweled Rice and our Persian Meatballs. How about our Persian Zucchini Frittata?

Preheat the oven to 400°F. Wrap the whole beets in aluminum foil and place on a sheet pan. Roast for 1 hour, or until the beets are tender enough to pierce to the center with a small knife. Allow to cool completely and then carefully remove the skin. Cut into bite sized pieces.

Transfer the beets to a small mixing bowl and toss with the olive oil, lemon juice and Persian Delight. Season to taste with salt and pepper.

Spread some yogurt onto 4 medium salad plates, Top with some of the chopped mint and pistachios.

Season to taste with salt and pepper and serve immediately.